Warning: Parameter 2 to title_like_posts_where() expected to be a reference, value given in /home/customer/www/newplacestobe.com/public_html/wp-includes/class-wp-hook.php on line 307
 Dishoom | NewPlacesToBe London 
Warning: Use of undefined constant all - assumed 'all' (this will throw an Error in a future version of PHP) in /home/customer/www/newplacestobe.com/public_html/wp-content/themes/nptb-abroad-theme/functions.php on line 35

What? In Victorian times this amazing building was used to stable horses and store goods. Since about a year it is the home of Dishoom Godown, to date the largest branch of the Indian restaurant chain Dishoom. With 6.6% of the population, British Indians form the largest ethno-national group in London. No wonder the Indian food is such high quality here. At Dishoom it is fantastic to share some small dishes to get a good impression of the different Indian herbs and spices.

Looks? This Dishoom in King’s Cross pays homage to the Irani cafés that were once part of everyday life in Bombay. The designers went to Bombay to visit those Irani cafés in order to recreate the same ambiance here. Showpiece is the clock in the entranceway, it is an exacht replica of the one hanging in Bombay Central Station.

What else? For those who are not familiar with Indian food: Indian food doesn’t have to be hot and spicy. Ask your waiter for some advice. Or if I may share some myself: start out with garlic naan, black house daal, calamari, lamb boti kabab and raita. Just sayin’. And FYI: just a few houses next to Ace Hotel is another beautiful Dishoom restaurant. 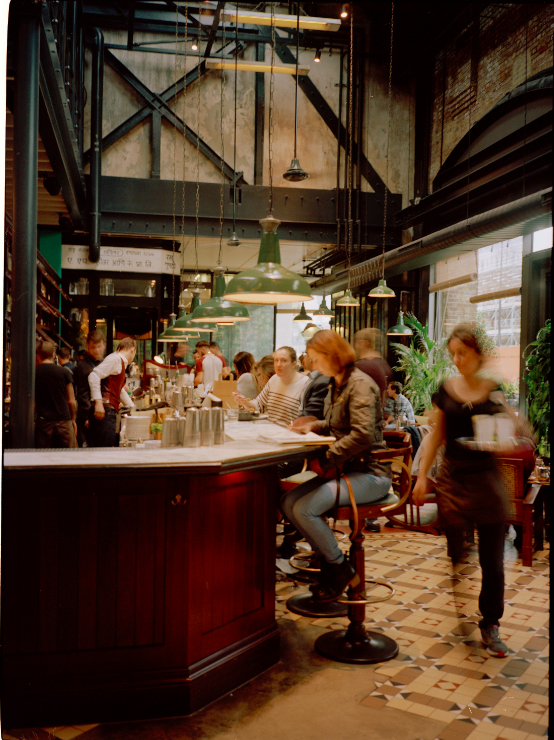 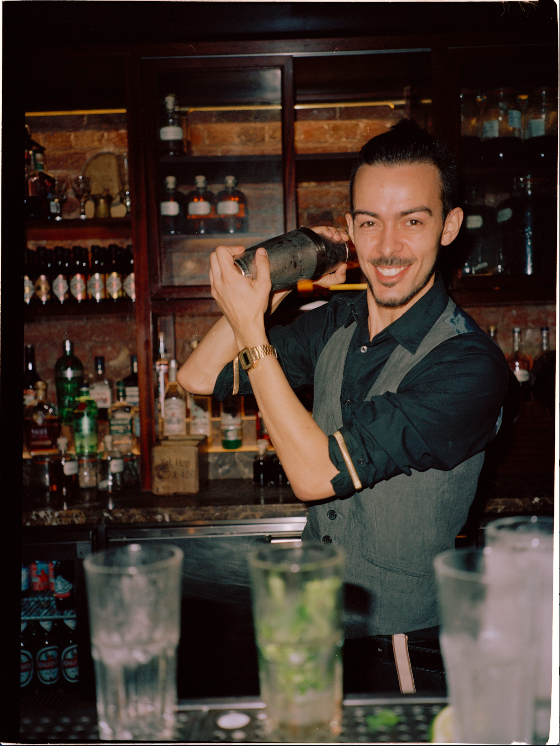 Suggestions based on your interest in Dishoom