Warning: Parameter 2 to title_like_posts_where() expected to be a reference, value given in /home/customer/www/newplacestobe.com/public_html/wp-includes/class-wp-hook.php on line 307
 Red Rooster | NewPlacesToBe London 
Warning: Use of undefined constant all - assumed 'all' (this will throw an Error in a future version of PHP) in /home/customer/www/newplacestobe.com/public_html/wp-content/themes/nptb-abroad-theme/functions.php on line 35

What? Whoever still wonders what the big fuss is about regarding soul food: please take a seat on one of the colourful chairs at Red Rooster. So did former president of The United States Barack Obama in 2011. Not at the London Red Rooster, but in the original venue in Harlem, New York. Especially for the presidential visit chef Marcus Samuelsson created the infamous ‘Obama Short Ribs’. Remarkably soft ribs with a prune sauce, lemongrass, corn and soya. The dish recently made it to the brand new Red Rooster London menu. That restaurant is part of the new The Curtain Hotel in Shoreditch, a Michael Achenbaum project. He is the man behind The Gansevoort Hotel in the New York Meatpacking District.

Looks? The secret of the interior design is that there is no interior design. The decor is a mish-mash of all kinds of weird stuff. Loads of African prints, some mannequins, non-coherent artwork, souvenirs and a large podium where music is played six nights out of seven. The Red rooster logo highly resembles that of Louis Vuitton, but that’s all part of the fun. At Red Rooster nobody takes life too serious. On Sunday, life becomes one big party during the gospel brunch, where families can enjoy a ‘Bird Royale Feast’. For those who haven’t already figured it out: there is no such thing as calories at Red Rooster.

What else? Chef Marcus Samuelsson was born in Ethiopia and raised in Sweden. In 1995 he was the youngest chef ever to receive a three star review in The New York Times. The food he serves, and especially the Obama Short ribs, is fantastic. The only mistake we made was to order corn bread, an absolute soul food classic but in the end nothing more than a very dense stomach filler. 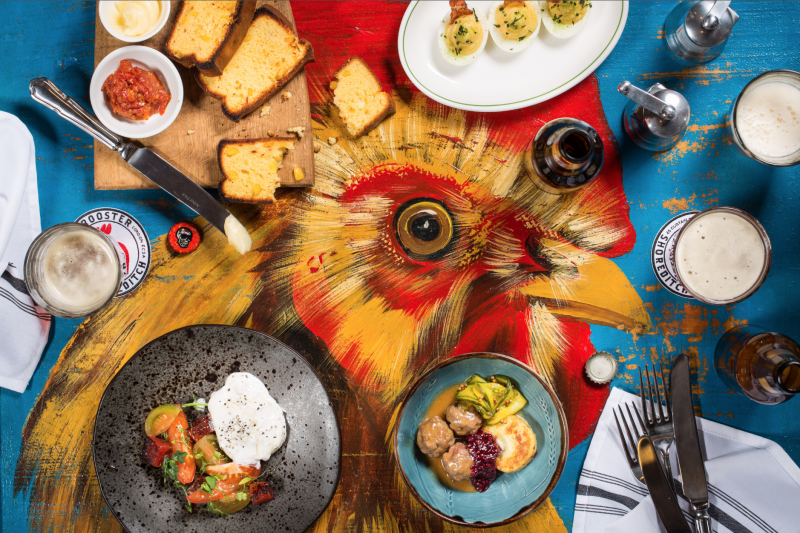 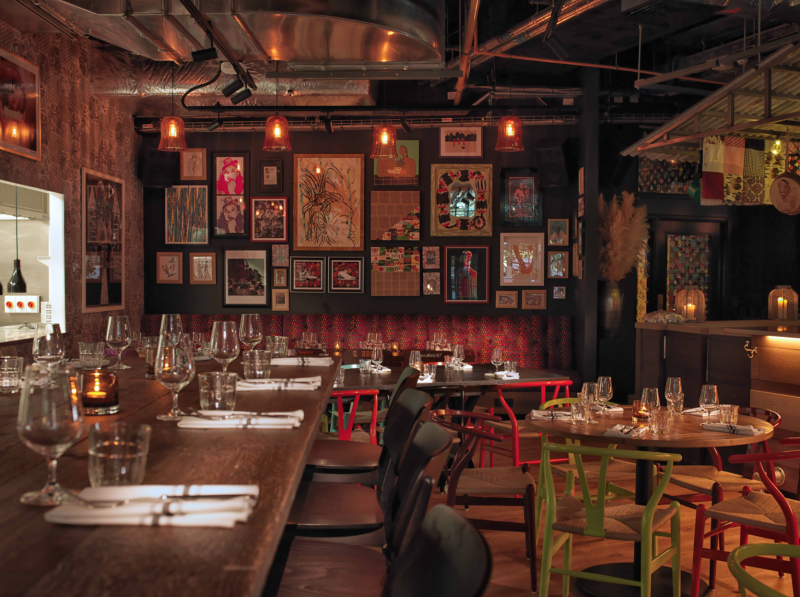 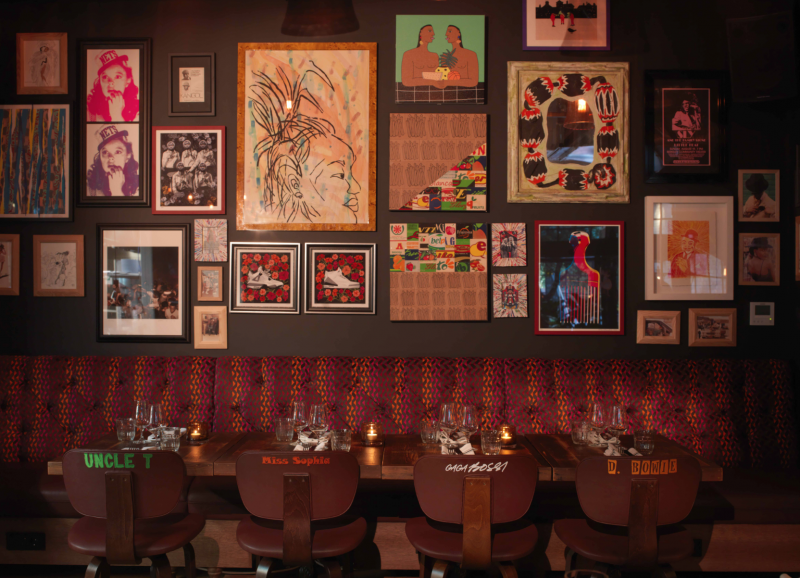 Suggestions based on your interest in Red Rooster