Warning: Parameter 2 to title_like_posts_where() expected to be a reference, value given in /home/customer/www/newplacestobe.com/public_html/wp-includes/class-wp-hook.php on line 307
 The Hoxton | NewPlacesToBe London 
Warning: Use of undefined constant all - assumed 'all' (this will throw an Error in a future version of PHP) in /home/customer/www/newplacestobe.com/public_html/wp-content/themes/nptb-abroad-theme/functions.php on line 35

What? Whoever wondered where all hipsters spend the night in London: it’s at The Hoxton. The hotel opened its doors in Shoreditch already in 2006 and was one of the triggers for this eastern neighborhoods popularity. Founder is Sinclair Beecham, one of the brains behind the super popular Pret A Manger chain. He sold the hotel in 2012 to an investor group that now wants to open Hoxton hotels in hip cities all over the world. In London there’s already a second Hoxton in Holborn and even Amsterdam and Paris have their own version. Opening soon are The Hoxton Williamsbrug, Los Angeles and Chicago. The hotels practice an ‘Open House’ concept: not only hotel guests are welcome here, The Hoxton is also very open for businessmen looking for an alternative meeting space, creative spirits that join their co-working forces or shopping ladies looking for a nice cup of coffee.

Looks? Shoreditch might be gradually losing its rough edge, The Hoxton manages to keep that edge very much alive. From the rough brick walls and metal bookcases to the hip music and tattooed staff. The lounge looks like one huge comfy living room where everybody seems to be just hangin’ around. Rooms are not big, but are decorated efficient and cosy, with lots of mirrors that visually enlarge the space. There are also nine concept rooms, each of them decorated by a different local artist.

What else? The main charm of the hotel lies in the rock ‘n roll spirit that you can feel all over. Whoever wants to stick to a tight budget, can book the Shoebox, a tiny room for less money. And when the bill is presented, it states ‘the damage’. The Hoxton is not trying to be cool, it is actually a really cool place.

INFO starting from 110 euros for a single room 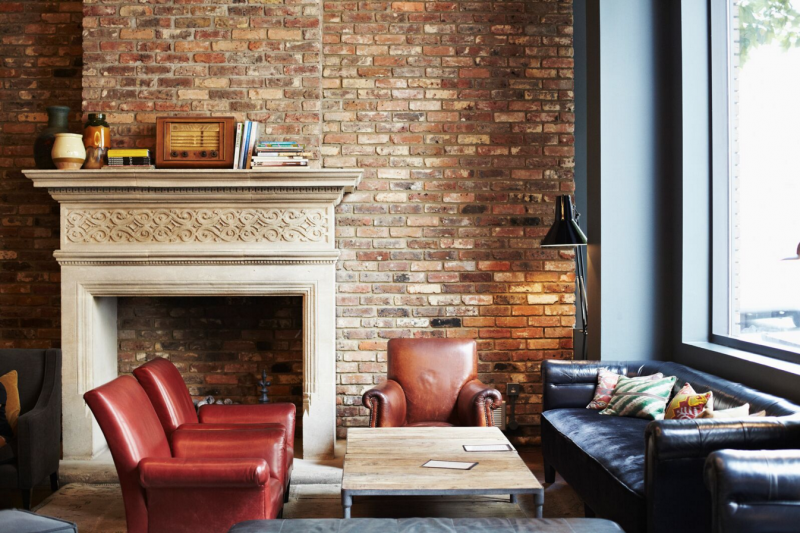 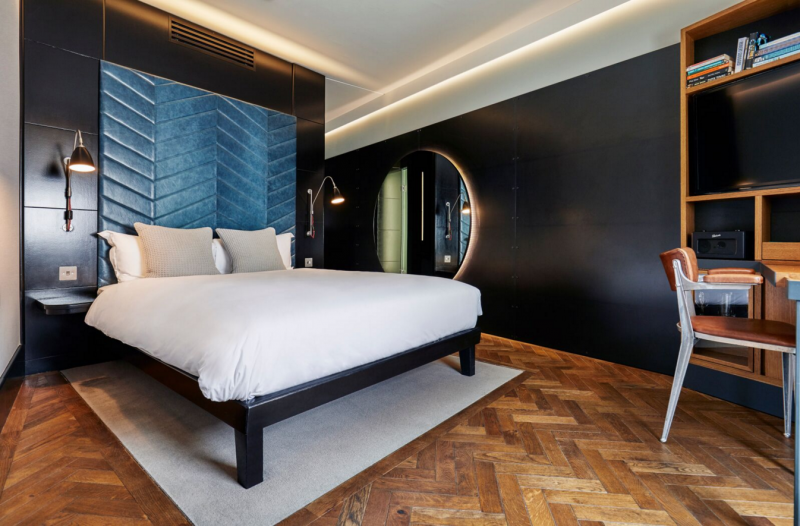 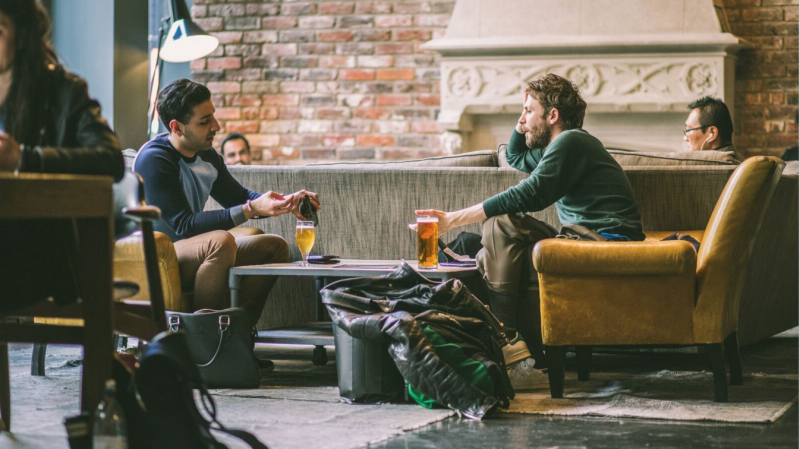 Suggestions based on your interest in The Hoxton